Sägemühle is a location in The Witcher 3: Wild Hunt. When Geralt first finds this place it was abandoned and infested by Ghule, but as soon as he kills them, people began to return and bring the place back to life. Aside from being a place for cutting wood, it also has a house with a broken roof, a pen with no livestock, a well that has a beehive, and a single Wetzstein. The place is surrounded by trees, most notably trees that have beehives, and is also prone to the occasional aggressive Wolf that hunt nearby. Many peasants work and reside here — a few of whom thank Geralt for clearing the place of the monsters — as well as a Kaufmann who sells herbs.

To the north lies the Nilfgaardische Garnison, nearby east lies Tomiras Haus, south lies a small Nilfgaardische Lager, and southwest the road to Vizima. 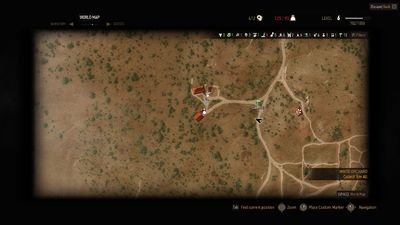