Kicherbrücke is a location in The Witcher 3: Wild Hunt. Its gates were initially closed and locked when approaching from the south, but they can be opened from the north side by the battlefield near the crossroads. This bridge leads directly southwest to the main village, and is the shortest path in contrast to the windier path traversing through the south of the crossroads. 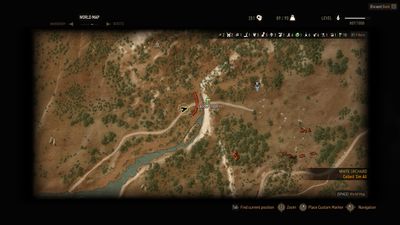